Schedule Consultation
You are here: Home1 > Blog2 > Why Men Are Considering Cosmetic Surgery Now More than Ever
July 6, 2021/by Dr. Aric Aghayan

Over the years, most plastic surgery patients are women. But more men than ever are interested in going under the knife, creating a trend in the field that is changing plastic surgery.

Many plastic surgeons report that the taboo is fading that says men should be satisfied with that older, weathered look in their 40s and 50s. Instead, men are more worried about looking young, and it’s more accepted for them to be vocal about it.

The American Society of Plastic Surgery or ASPS reports that men had 1.2 million procedures in 2015 or about 10% of the total for all Americans. But that was 300% more than the number of men who had cosmetic surgery in 1997.  More recently, the number of men considering plastic surgery is increasing, with 30% of men in a 2019 survey saying they were ‘very likely to consider various cosmetic procedures, such as an eyelid lift or facelift.

Men-Focused Surgical Centers On The Rise

As more men have shown interest in plastic surgery, we see some plastic surgeons respond by opening surgical practices that cater to men. One reason is that board-certified plastic surgeons can focus on procedures for males and their anatomy, but another is that many men prefer discretion.

Surgeons note that while there is obvious overlap between the male and female anatomy, there are critical differences. For instance, the purpose of rhinoplasty is to enhance the function and form of the nose. But the methods needed to create a stronger, better masculine nose are different from a feminine nose.

These surgeons say that men should look for a surgeon who has the most experience doing that specific surgery on men.

The same thing applies to dermal fillers and injectables. In addition, many men need a larger dose of Botox to get the same effect as women because they have larger facial muscles, such as around the eyes and mouth.

There are new surgical centers in New York City, for example, that cater to men that have hundreds of male patients per month. But, unfortunately, the surgeons who run many of these centers say they find many men don’t want to even talk about a potential procedure with a female receptionist.

These centers are often staffed only by men, making many patients more open and at ease to talk about plastic surgery.

What Procedures Do Men Want?

According to the ASPS, men most want liposuction, eyelid lifts, and male breast reduction. Stubborn pockets of fat and ageing eyelids seem to affect both genders at some point in their lives.  Men may also be affected by hormone and weight changes that produce larger male breasts.  This condition can be corrected with  a surgical procedure called gynecomastia, or male breast reduction. Tummy tucks, face lifts and neck lifts are also gaining popularity with men as they age.

Non-invasive procedures, such as Botox  and injectable fillers are also becoming more popular with the male clientele.  One of the best things about Botox and or  fillers is that it can have a sizable impact on your appearance without surgery or downtime.

Many people can go to the plastic surgeon, have one or two injections, and go back to work. No one knows unless you say something. Men definitely value being able to have striking results with cosmetic procedures without anyone having any idea they had work done.

As plastic surgery continues to improve and downtime is reduced, it is expected that more men will decide to undergo cosmetic and surgical procedures.

When consulting with a plastic surgeon regarding your goals, make sure you have a frank conversation and get a realistic idea of what can be achieved by surgical and non surgical procedures.  It is vital before undergoing any procedure that you are in good overall health, so you have few complications and the best results.

Thinking about cosmetic procedures for men in Portland?  Dr. Aric Aghayan is proud to serve Portland area patients at his practice, Après Plastic Surgery. He’ll go over the options, goals, and more to determine if you’re an ideal candidate for cosmetic surgery.

Why Men Are Getting Plastic Surgery Right Now. (2018). Accessed at https://www.allure.com/story/more-men-getting-plastic-surgery-trend 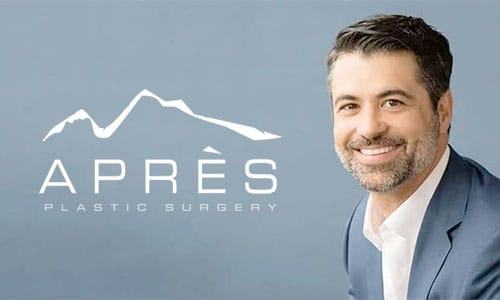